Clipper Erickson made his debut as a soloist with the Young Musician’s Foundation Orchestra at age nineteen in Los Angeles. After studies at The Juilliard School, Yale University, and Indiana University with the renowned British pianist John Ogdon, his interpretations began earning prizes at international competitions including the Busoni, William Kapell, and the American Pianists Association. He has performed as a soloist with orchestras and in recitals in some of the most famous concert venues in the world, including the Great Hall of the Moscow Conservatory, the Kennedy Center in Washington, D.C., and Weill Recital Hall at Carnegie Hall.

In addition to his powerful renditions of the great classical repertoire, Clipper’s interpretations of American music from past and present have launched a series of CD releases that have received considerable critical acclaim and have often been featured on radio stations throughout the United States. He continues to be active in premiering and promoting new works  by American composers. Always an inquisitive and versatile musician, he especially enjoys performing 18th century music on period instruments.

An essential part of Clipper’s musical mission is the inspiration of future generations of musicians by encouraging the love of music through his commitment to education, performance in schools, and master classes. His teaching career has included appointments at Bucknell University, Temple University, and Westminster Conservatory. Clipper has been a roster member of the Pennsylvania Performing Arts on Tour since its inception in 1997.

Doors to the BookHouse, will open at 7 PM. Admission is free, but donations are gratefully accepted.  Refreshments will be available for a small charge. All Bookhouse programs take place in the Edinger Community Room of the Hughes Building, Eastern Monroe Public Library, located at 1002 North 9thStreet, Stroudsburg.  For further information, please call Linnae Cintron at 570-421-0800×312 or visit www.monroepl.org 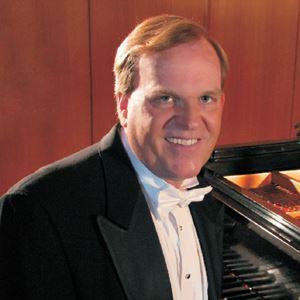